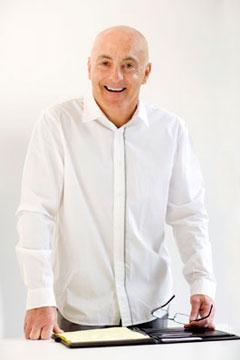 Chris Carey has been designing tremendous company turnarounds for more than 30 years. He knows the challenges particular to business ownership because he’s been there himself in virtually every capacity, CEO to advisor, talking straight with partners in a family-owned business to taking $100 million-plus companies public.

With the perspective of a true entrepreneur, Carey has developed a proven process that yields a thorough, concrete, measurable understanding of any business. Then he and his team modify the design of that business to produce the most desirable results. Carey lends his dynamic personal talent—for working with people as well as with numbers—to every Chris Carey Advisors client. He engages through a period of immersion and assesses a company’s particular culture with deep understanding and respect, then works with existing resources to increase sales growth and improve profitability and cash flow.

Carey is a graduate of Princeton University, where he majored in architecture and engineering (and was an All-American wrestler). His first job was with a technology services firm—where, within a year of employment and at the age of 24, he led an MBO. He became the company’s CEO and over the next 20 years created the largest technology deployment firm in North America, with more than 750 people and $100 million in revenue.

The dramatic turnaround story has continued to define Carey’s career and decades of success with clients, including improving one client’s operating profit by 800% over three years and increasing another business’s annual sales growth from 5% to more than 35%. Aligning his own success with that of his clients, Carey’s compensation comes from an innovative blended fee arrangement. Literally and confidently investing in turnaround potential, Carey participates in the value appreciation of his clients’ businesses.

Carey is a member of the World Presidents’ Organization, the Chief Executives Organization, and past chapter chairman of the Young Presidents’ Organization. He was named Entrepreneur of the Year by New Jersey magazine and Small Business Philanthropist of the Year by the Community Foundation of New Jersey. Carey has also been featured in numerous articles, including in The New York Times, The Wall Street Journal, Forbes, Business Week, and Inc—and is a frequent speaker at industry and business conferences. He lives in Brooklyn, New York, with his wife Mary, near their son and daughters families.